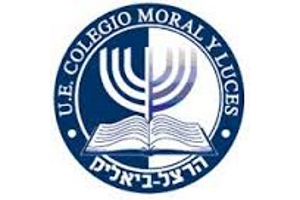 This project aims to connect Jewish youth and young adults to personal stories of community members who successfully integrate Jewish Tradition with active professional lives. The project is directed toward several groups: high school students at the Bialik School; teachers from the Bialik School; madrichim in the Maccabi Hatzair youth movement, and students in the Madrichim School; “Maof Project” students; and members of the Santa Fe Jewish community.

At the start, the project is developing a database comprised of a list of former community members, educated in the community’s institutions, who have left Santa Fe and live elsewhere in Argentina, or abroad. The database includes information about their professional and community activities.

The project conducts a series of meetings with speakers who are drawn from this group of emigrants, and are interviewed by local Jewish Studies teachers and other active members of Santa Fe community institutions. Each interview extends for approximately half an hour. In preparation for the interviews, project staff are conducting six 8-hour training sessions. The content includes the history of the Jewish community in Santa Fe; collective memories; and interviewing techniques.
The interviewees include former principals and teachers of the Bialik School, and former members of Executive Committees of community institutions. They are individuals who feel connected to and concerned for the Jewish community of Santa Fe.
The meetings take place on the premises of various community institutions, and within the framework of an activity designed for the occasion. 50 people are expected to attend. Most sessions take the form of video-conferences, as the speakers are not located in Santa Fe. At times, more than one individual is interviewed in a single session. Some interviews are conducted in person. A local moderator facilitates the sessions. Sessions are filmed and will become part of the record of the Jewish community.

The project is developing a blog which will record responses to the personalities interviewed.
In addition to the interviews conducted in front of audiences, the project includes interviews without an audience, which may be published in local magazines or on an internet blog. Additional material will be gathered in written format, through the mail. Some telephone interviews may be conducted for broadcast on a radio program of the local Jewish community. Altogether, the project will include a minimum of 80 interviews during the course of two years. At least 40% of the interviews will be conducted in front of an audience.